When I picture a little me, I see a girl with an Itza-Kad ooze popsicle, rainbow crocs, and a range of 2-4 colour coordinated hair clips holding back the awkward phase of growing out my biggest regret; bangs (I know, when I hear that word I shudder a little inside too). Most kids who I grew up with had the ability to outgrow their bangs swiftly in a one year span, yet this was not the case for me. Three years and thirty thousand clips later, I was a free woman. I could tie my own shoes and no longer had to spend an extra 10 minutes in the morning deciding which clip goes best with my green corduroy pants…the thrill!

This past week, I got my grade 12 student ID picture taken. I decided it would be a cute idea to recreate my Kindergarten picture (first and last, I am a genius I am aware), yet I did not think through how EXPENSIVE clips are now. For a pack of merely 10 clips, I paid $5.99. Some of you may not be affected by this, yet Lizzie McGuire is rolling in her grave as we speak. As I was thinking about the number of ice coffees I could have purchased for the same price, I started wondering…Did clips die?! Are they going to reappear out of nowhere?! (which is pretty popular right now actually..)

Don’t get me wrong, for children and ladies who look like they just left a good session of People magazine gossip at the nail salon, hair clips are still in. Yet for teenagers, the fad of clips just seemed to disappear. The first time I remember thinking that clips were *~cool~*,  was while watching Lizzie McGuire.

Lizzie got herself into some sticky situations but at the end of the day, she was a trend setter. Back in the early 2000’s less was definitely not more, and Hillary Duff could have been the sponsored for her usage of clips.

Yet as the world evolved away from Juicy track suits, society started to learn that less is in fact more! *The more you know* Stylists decided to swap complex hair accessories for simple bobby pins to hold back sleek and natural hair styles. As a middle schooler at the time, you can bet that I only felt that I was fashionable when I had two uneven pieces of my hair pinned together at the back.

Funnily enough, that fad came and left without a word among in 2014 yet seemed to have stuck as the go to hair style look for most soccer moms today. They left the runways and hallways for a natural look; no accessories at all *the horror!*. It took the world long enough to realize that if you did not have bangs, these were not useful at all. Instead, fashion moguls spiraled into the world of 90’s blundt chops and mom jeans. the era of

In the past year, the tables had seemed to have turned. Slowly but shurely we started to add flairs of colour into the mix until out of nowhere a resurgence of the early 2000’s hit the runways. They were weaning us off of simple ways until BOOM back to where we started. From Bella Hadid to Alexander McQueen, the term “so 2000 and late” became cool again (sorry will.i.am it isn’t a diss anymore) and I can prove it through the extravagant hair accessories.

So that’s it, we have come full circle in the evolution of the hair clip. At first, I didn’t know how to feel about it, yet if there is anything that will make me not feel like an adult who has priorities, sign me up! I may not go as far as having a blingy “GIRLS” in my hair, but I will partake in the simple criss cross on my head.

What do you think? Are you in or out? 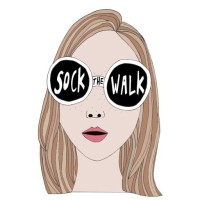